maybe it's just me but i love recipes; i love to cook, i love to eat, therefore i love recipes. not just any run of the mill recipes but unusual "i would never have thought of putting balsamic glazed strawberries on vanilla ice cream" recipes. or recipes that have been handed down for generations, the ones that have stood the test of time. that being said, i really don't ever follow recipes. i like the ideas behind them but following them to a "t"? no, i like to take the basics and then just tweak them to make them mine, wishing for once i'd write it down so i could make it exactly the same the next time but that's just not going to happen. the one exception we've all been told is baking, you must stick to the recipe and the measurments better be exact!

my grandmother was a fantastic baker! she used to make us the yummiest pies, so much so that it spoiled me to a point that i really won't try a pie from a restaurant or bakery. grandma passed her recipes down to my aunties and mom who then passed them on to me. one problem, the whole thing about following a baking recipe exactly? somewhere in the "passing along" things got moved or erased so the pie i've been making for years - and will be making this thanksgiving - and used to be called "grandma's strawberry pie" is now what my dad named "gaye's strawberry spoon pie". it doesn't set up very well but it's one of my favorite things on the planet and it gets rave reviews even though you have to eat it with a spoon... 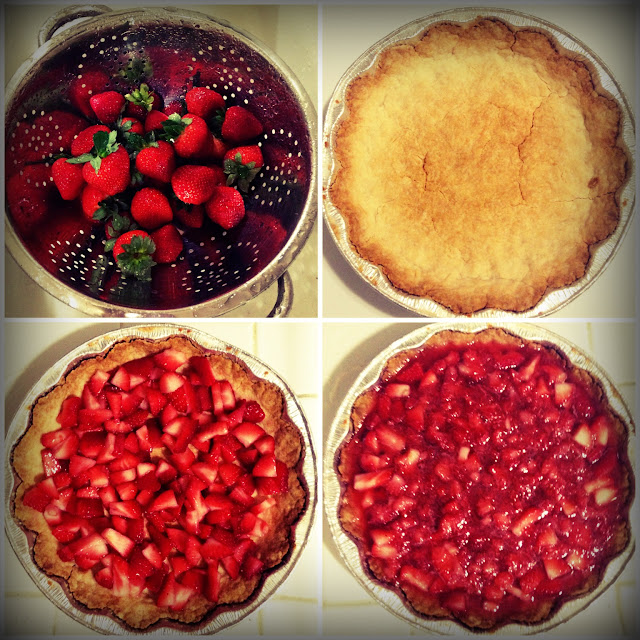 
everyone thinks pie crust is really hard to make, not with this recipe. you make it in the pie pan so less to clean up, too.

pour 1 1/2 cups of flour into the pie pan. make a well in the middle. pour 1/2 cup of canola oil into the well of flour along with 2 tablespoons milk, a pinch of salt and 1 tablespoon, or 2, of sugar. mix first with a fork, then with your hands. push dough to all edges of pie pan and pinch the edges of the unbaked pie crust to finish. bake for 20 to 25 minutes, but only until it's a nice golden brown.

wash two baskets of strawberries. keep separate. cut one basket of berries into bite-size pieces and put into the baked and cooled pie crust. put the other cleaned basket of berries into a pan on medium heat. add 1 cup of sugar and mash together with a potato masher. add 3 heaping tablespoons and mix. once sugar and berries are incorporated bring mixture to a light, rolling boil until the strawberries have thickened up and are a bit shiny. stir constantly. it can take anywhere from 25-40 minutes. pour over sliced berries in crust.

another one of my passions is creating a beautiful table to set the ambiance for the evening... 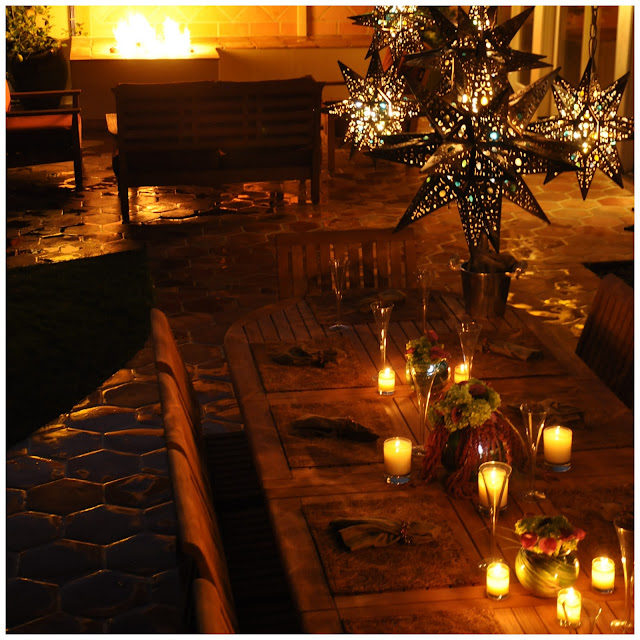