many thanks to Sequoia Productions (bravo, Cheryl Cecchetto!) as well as Ava Surrena and the Television Academy for hosting a fabulous evening and ball for the Creative Arts Emmy Awards. we asked katie and her husband to put on something fancy and bring back photos of their enchanted evening. 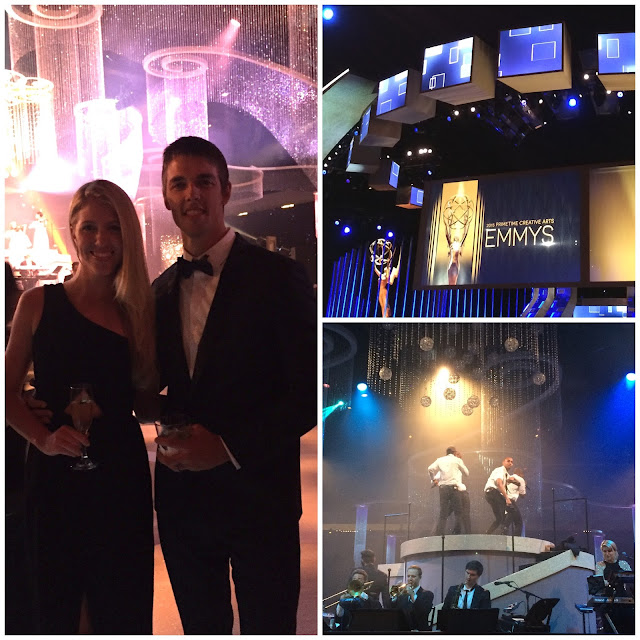 i was delighted to represent kai this year at the Creative Arts Emmys. not only was it a thrilling excuse to get dressed up, but the event had an extra layer of significance for me as i got to attend with two nominees! my husband's co-workers, Mark Bailey and Keven McAlester, were nominated for outstanding writing for non-fiction programming for the documentary Last Days in Vietnam, which aired on PBS last spring. the anticipation of their names being called certainly kept me attentive through the award show, and although they did not take home an emmy, we had a fabulous after party to look forward to... 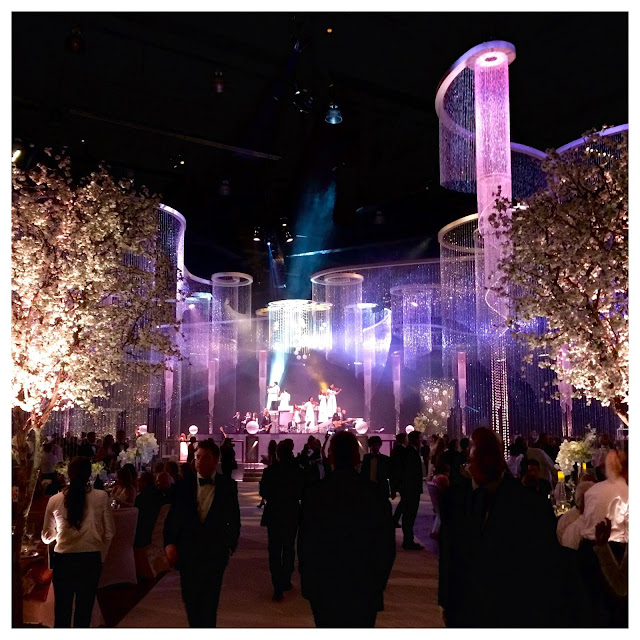 the theme of the Governor's Ball this year was "reigning with radiance" - sparkling chandeliers dripped from the ceiling and blooming white trees and orchids created an enchanted vibe. on a rotating stage in the center of the room an orchestra played through dinner and later, boys II men brought everyone to the dance floor! gold statuette or not, it was a celebration and evening to remember!
xo,
katie 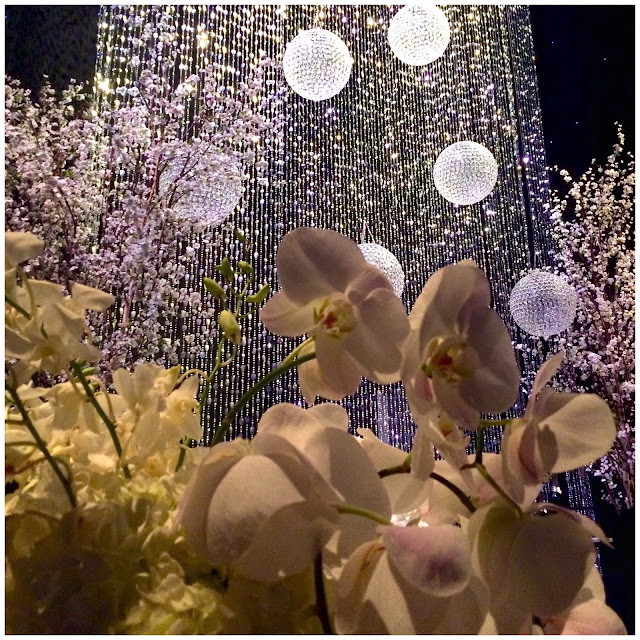