with love from shanghai

this kitty’s name should be lucky!

funny things always happen the way they’re supposed to and when they’re supposed to. our new intern has quite the soft spot for our four legged friends, me too. she took it to another level and i thought this true story was so incredibly heartwarming that i had to share it.

this is story of rags to riches – quite literally. from a dumpster in shanghai, china to a sunny windowsill in malibu, california, this little alley cat has come a long way. looking back on it all, i still can’t believe that every detail in this story is true, but it is, and little "meow" is definitely living her best life. 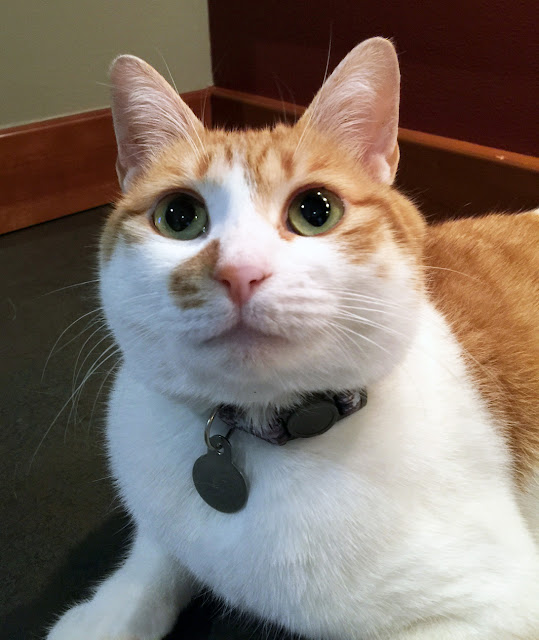 in september 2015, i moved to shanghai to study abroad with my university. everyday i’d walk the same route to the city and back to my house in the alley of old yu yuan lu. for a little context, an alleyway in china is a mixture of stray cats on the ground, dirty laundry above, and cramped apartments inbetween. but amid it all, a little cat persistently followed me home nearly every time i'd pass through. 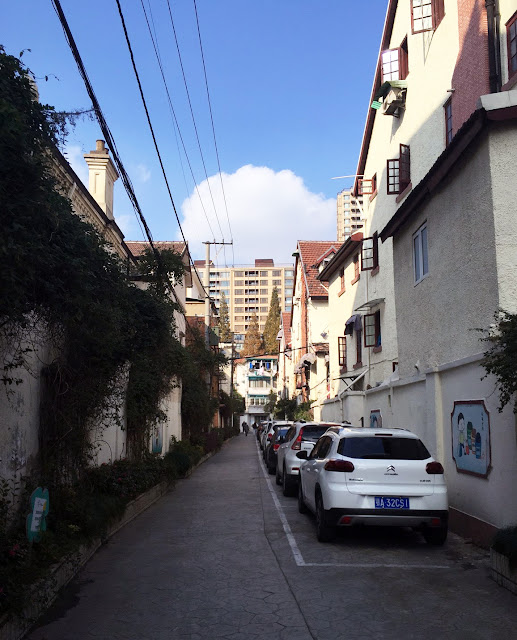 i’ve always been a sucker for cute cats, but in the beginning meow was a little rough around the edges if i'm being honest. without fail, she followed me home everyday for months, sometimes waiting hours on the porch while i was in class. even when she was nowhere to be seen, meow was always nearby and would appear instantly when i called her name. i bathed meow, combed her, rode two hours in an uber to take her to the vet, and set out a cardboard box where she slept every night. 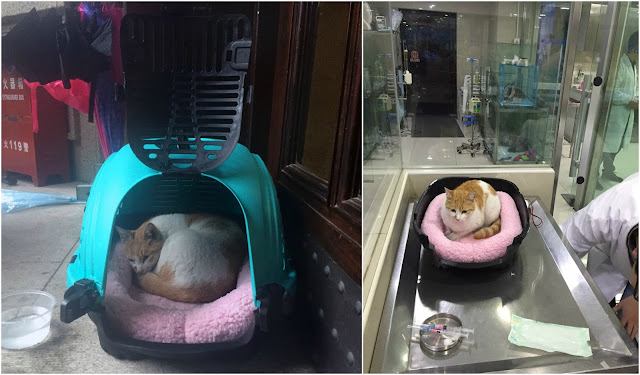 meow and i were fast friends and it was setting in that i'd have to leave her in a matter of weeks. my options were few and none were easy. i could leave her as a street cat, find her a real home in shanghai, or take her back with me to the states. (i'll admit i never really considered the first option for long!). 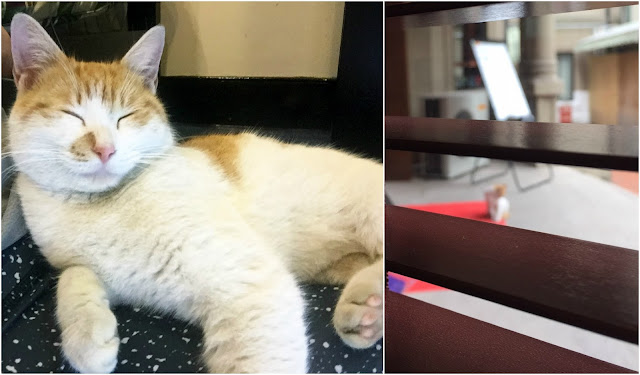 come december i was in a real scramble to figure out the fate of my furry friend. in hindsight, i think meow's destiny was truly written in the stars because in the final few days i had left in the city, everything fell into place. i tried and failed to adopt meow to a family -- even putting up flyers asking for willing fosters. i had also explored the option of shipping her to america, but it penciled out too expensive. it wasn't until the day before i flew out that i met the woman that would save the day.

i met fan (aka meow's savior) in a group chat for stray animals on an app called wechat. that same day, we met in person and i handed her meow and told her everything i knew about her, leaving out the part that she had never lived inside before...i instructed her to take care of meow until she either found someone to adopt her or i came back for her. 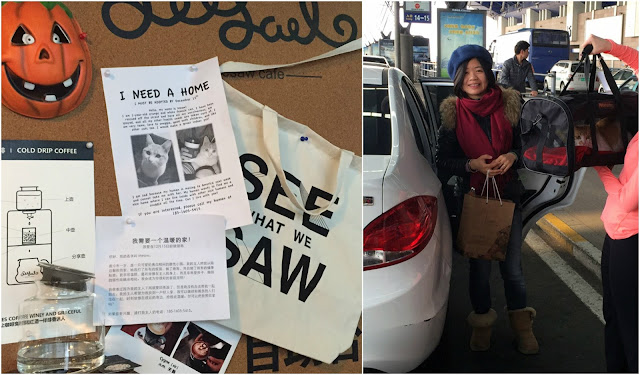 four months later in april 2016 i returned to shanghai and picked up meow. she rode under the passengers seat in the cabin like a seasoned jet-setter. once in america, meow's new life of feline glamour really took off. 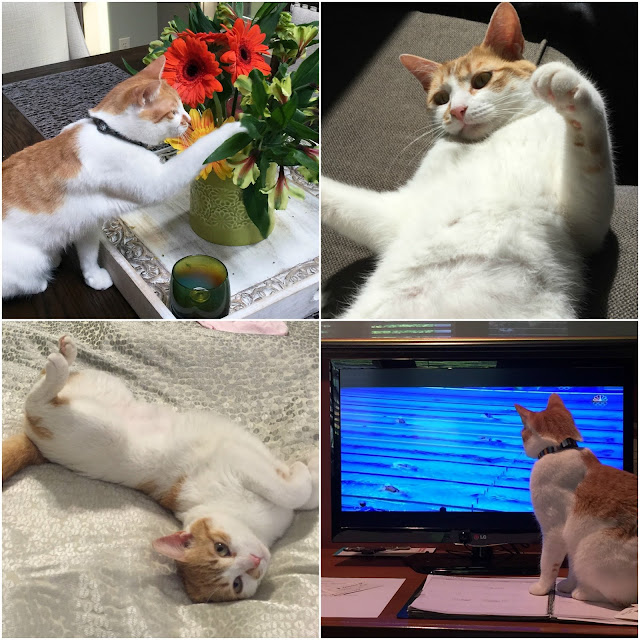 today, meow’s favorite hobbies include watching sports, napping in the sun, eating treats, and observing her owner. it's funny how meow never wants to go outside anymore -- it's as if she had enough of the outdoors for a lifetime and knows how lucky she is today. whatever the case, i’m sure glad this cat is in my life and followed me home...all the way back to the u.s.a.!
Labels: treasures